You guys have no idea how much it has been killing me that the 2014 Met Ball Gala coincided with finals week. It was like some cruel cruel joke cast by the fashion gods. Luckily, finals are behind me and I can FINALLY write about one of my favorite events of the year. As I’m sure many of you already know, the theme for this year’s Met Ball was “Charles James: Beyond Fashion.” James was a designer who is most well known for creating gorgeous ball gowns in the 40’s and 50’s. The dress code was “White Tie and Decorations” which in normal human language translates into “a full evening dress for women, and white tie for men.” This is about as fancy as it gets people, so lets dive right into this fashion cornucopia. 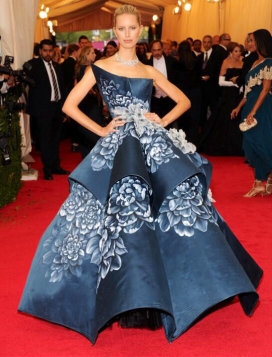 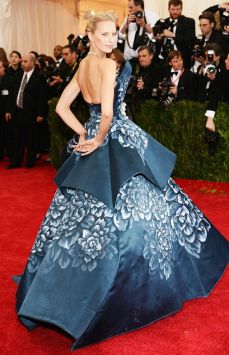 So. Much. Yes. Karolina Kurcova looks like a real life version of Cinderella in this stunning midnight blue Marchesa gown. Between the hand-painted florals, the structured folds, and the minimal accessories, Karolina hands down wins my vote for best dressed of the night. She totally embodies the fun and whimsical atmosphere of the event and I love that she totally went all in with the theme. If only I could wear a ball gown to the local bars. A girl can dream right? 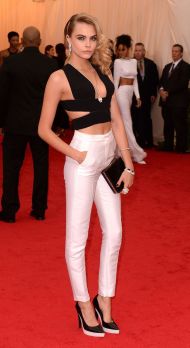 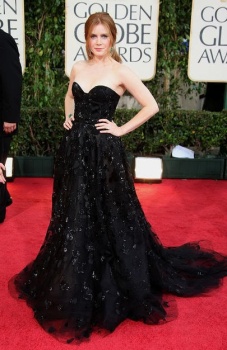 It seems that more than a few celebrities disregarded the dress code for the event this year (Rihanna, Rosie Huntington-Whiteley, Elizabeth Olsen, I’m lookin’ at you). However, the most disappointing of the night was it-girl Cara Delevingne. Let me start by saying that Cara looks absolutely fabulous in this Stella McCartney ensemble. Seriously though, if I had a body like that I would probably wear crop tops to every event also, but it just wasn’t appropriate for the Met Ball.I love that Cara likes to dress edgy on the red carpet, but that doesn’t mean she couldn’t have worn a dress! I think she would have totally rocked something á la Amy Adams in Oscar de la Renta at the 2011 Golden Globes. My vote is that she should have worn a dress to the Met Ball and then the Stella McCarnety outfit to the after party. Oh and Anna Wintour, just so you know: I PROMISE TO FOLLOW THE DRESS CODE IF YOU INVITE ME TO THE 2015 MET BALL GALA. Just throwing that out there 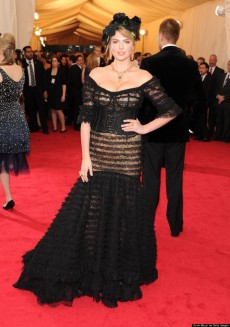 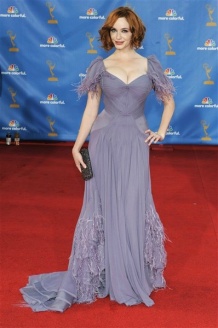 Ugh. Leave it to Kate Upton to wear an ensemble like this and still look gorgeous. I think the best way to describe my feelings towards this Dolce and Gabana ensemble would be the grimacing face emojii with its teeth bared (you know which one I’m talking about). Everything about this look is just…wrong. Between the ruffles, the sheerness, the corseted bodice, the necklace, the earrings, the rings, the headpiece, it is just WAY too much. A beautiful girl like Kate Upton doesn’t need all these crazy details and accessories. I think she would have looked absolutely stunning in something similar to the Zac Posen dress Christina Hendricks wore to the 2010 Emmy Awards. Oh and Kate, I think whoever styled you for this event has gotsta go.

So there you have it friends! “The Best”, “The Eh”, and “The *head tilt* “oh sweetie, no.” I would have totally went full on ball gown for this event. What would you have worn? Who was your best dressed? Worst dressed? Let me know! I love to hear from you lovely Fashionistas.